Trippie Redd makes a return with his new track "TR666" Featuring guest Swae Lee. The production on the song doesn't seem like a normal Trippie Redd sound, but one thing is for certain the young musician definitely knows how to play with flows and melodies. Catch both Redd and Swae Lee sing about love on the Scott Storch produced track. Stream it here:

Drake has been diligently working in the studio on his follow up to his latest project "More Life." The rapper took to Instagram to share photos of him working on new music, but while it seems like a new album could be right around the corner, that didn't stop someone from leaking his track "Pistols." The track is produced by 40 and brings another side of Drake out. The tune almost gives us a salsa vibe. Stream the leak here:

Just as promised Wayne releases his highly anticipated "Dedication 6." Opening the mixtape you can hear Dj Drama talking his normal shit per usual, while introducing Weezy as the mixtape blueprint. The first track kicks off with Wayne rapping over Kendrick Lamar's DNA, delivering a strong start on the mixtape. It features artist such as Gudda Gudda, Nicki Minaj, Cory Gunz, Euro, Hoody Baby and Zoey Dollaz. The mixtape is stacked with 15 songs and apparently that's only half o

Fans can rest easy knowing Lil Pump has new material out, coming just days after his adrenaline packed performance at Rolling Loud. A few months back the rapper teased a snippet of new music he planned to release via Instagram, and now just in time for the Holidays Pump delivers his new track "Designer." The Zaytoven produced song has a run time of 2:24 seconds and is every bit of a trap banger. No way to tell if this will make the cut of his highly anticipated debut album, b

This year has been one hell of a year when it comes to music and collaborations. We’ve seen a lot more joint albums including recents like, Big Sean and Metro Boomin’s “Double Or Nothing” to 21 Savage and Offset’s “Without Warning.” Now we have another classic to add to our list of joint collaborations, Quavo and Travis Scott drop their highly anticipated “Huncho Jack, Jack Huncho” album just before the new year. The album is stacked with 13 tracks and features artist Takeoff 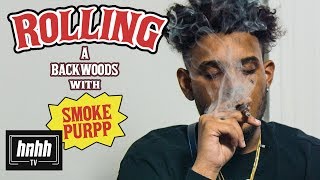 How To Roll A Backwood With Smokepurpp

Backwoods are a popular rolling choice in today's society, almost seems like you're not cool if you don't smoke backwoods (not seriously), but you catch the drift. Check out Smokepurpp as he sits down with HNHH and teaches you how to roll a backwood, names some of his favorite strains, explains how to handle the stems when rolling and more. 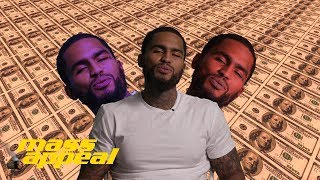 Smoke A Blunt With Dave East

Dave East sits down with Mass appeal, to give us insight on what it's like to have a conversation with a rapper, while hitting the blunt. Listen to Dave ramble about beautiful women, the time frame he started rapping, how many blunts he hit before doing the interview and more. Don't forget to stream his latest project "Karma" here: https://itunes.apple.com/us/album/karma/1322073442

Lil Wayne has been relatively quiet on the music side lately, but all of that comes to a hault after the Louisiana native, drops 2 new singles from his upcoming mixtape series Dedication 6. Wayne puts his spin on Jay Z's "The story of OJ" which he retitle's "Blackin Out" and 21 savage's Bank Account." Both have hit the net and let's just say it sounds like Wayne has found his spark again with the music. Black Out features special gust Euro, an artist Wayne announced as a new